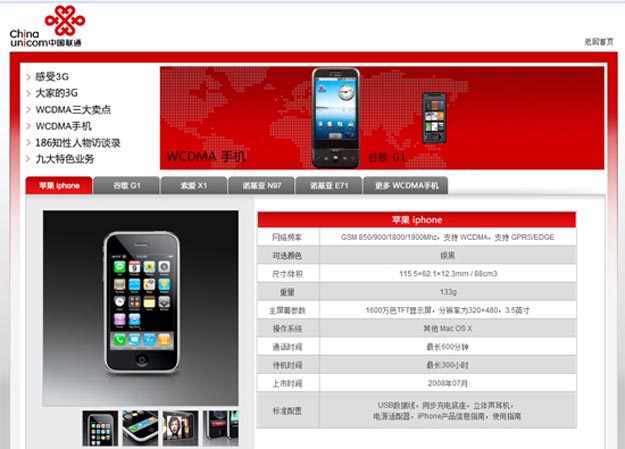 Now we have another version to circle October 1st on our calendars. Speaking for myself, I’m pretty excited about the start of the NHL regular season, but the people of China have another reason to celebrate. It’s on that day that the Apple iPhone will be making its official debut through China Unicom.

Yes, I realize that the iPhone was initially released in the United States over two years ago and we are already well engulfed in the generation of the iPhone 3GS, but this has been a very long time coming for China. Yes, I also realize that they could have retrieved a unit through the grey market, but this will be the first time that China Unicom has the ability to sell the phone officially.

That’s the good news, so go ahead and mark October 1st on your calendar if you happen to want an iPhone in China. The bad news, however, is that the iPhone is going to chime in at quite the premium compared to most other markets around the world.

It’s a little ironic, really, seeing how many of the components and manufacturing are done in and around China. In any case, China Unicom is set to offer the Apple iPhone for 5,000 yuan. That works out to over $700! You’ll also get to choose from eight different monthly plans, ranging from 126 yuan to 886 yuan ($18 to $130).