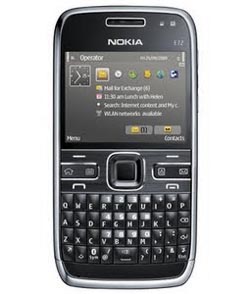 Ever since I upgraded to my current Nokia E71 smartphone, I’ve been quite happy. It’s a great tool for GPS navigation, email, Facebook, and so on. The app offerings aren’t quite as robust as Android or iPhone, but they’re there too. However, I’ve found myself lusting after the upcoming Nokia E72 more and more lately.

The successor to the E71 is on its way and while the majority of its functionality and appearance remain the same, there is one very important change. I like the new camera, but it’s all about swapping out the standard five-way navigator for the new optical navikey. This is similar to what we are seeing with the new trackpads on certain BlackBerry devices.

The user interface has also been updated, making things work a little more quickly while retaining a certain level of professional appeal. The fade effects look good, but it’s the optikey that’s the real game changer. It’s supposed to provide similar functionality as a touchscreen without a touchscreen.

Watch the video below to see the new Nokia E72 in action. I think it makes the E71 better in just about every way.