University of Uppsala engineers in Sweden have developed a unique battery that uses a particularly invasive species of algae. Wrapped in a piece of shiny aluminum, the thin-paper battery cell looks like a wrapped package of tea.

“These algae has a special cellulose structure characterised by a very large surface area,” says Gustav Nyström, a doctoral student in nanotechnology and the first author of the article. “By coating this structure with a thin layer of conducting polymer, we have succeeded in producing a battery that weighs almost nothing and that has set new charge-time and capacity records for polymer-cellulose-based batteries.”

The cellulose found in this algae has a unique nanostructure which is entire different from that of terrestrial plants. It has ben shown in pharmaceutical preperations to function as a thickening agent and binder for the food industry. Energy-storage as a possibility was imagined due to its large surface area.

“We have long hoped to find some sort of constructive use for the material from algae blooms and have now been shown this to be possible,” says Maria Strømme, Professor in Nanotechnology and leader of the research group.

“The battery research has a genuinely interdisciplinary character and was initiated in collaboration with chemist professor Leif Nyholm. Cellulose pharmaceutics experts, battery chemists and nanotechnologists have all played essential roles in developing the new material.” 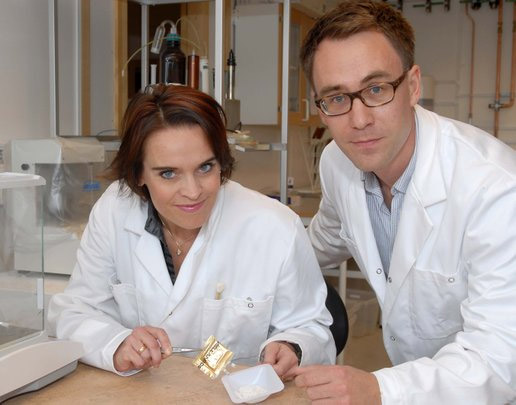 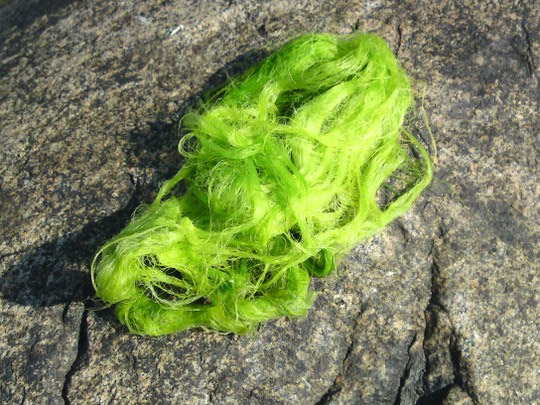