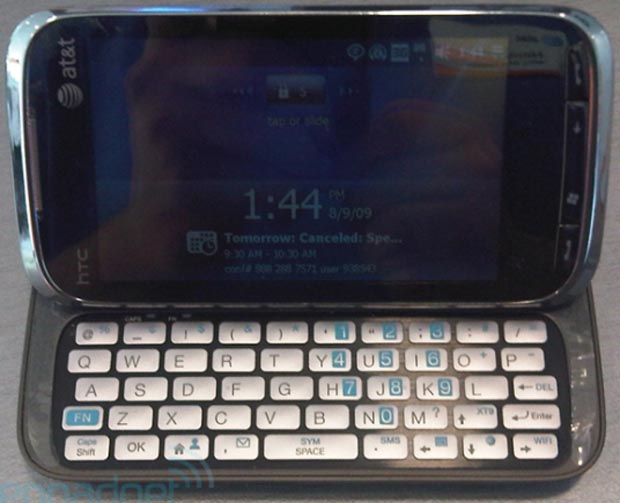 Everyone else may be getting pretty excited about upcoming Google Android phones, but AT&T still knows how to kick it with the boys in Redmond. Windows Mobile 6.5 is just around the corner, but my gut instinct is telling me that the upcoming AT&T Tilt2 won’t be getting newest WinMo treatment right out of the box when it ships on October 18th.

That release date puts the new AT&T Tilt 2 just a few days after the official Windows Mobile 6.5 launch, so that doesn’t provide AT&T and HTC with very much time to update the ROM. My guess is that an update will be provided shortly thereafter to give users the new OS, but you’ll probably be stuck with Windows Mobile 6.1 in the interim.

This would be in line with the HTC Touch Pro2, the phone that has already launched in some form through Verizon, Sprint, and T-Mobile. As you may already know, the Tilt2 is really just AT&T’s branded version of the Touch Pro2, reverting back to the Tilt naming scheme that it used some time back.

No word on price, but I guess we’ll find out by next month when this phone launches.

UPDATE: So it seems that this phone will come with Windows Mobile 6.5 at launch after all. Sorry for any confusion.