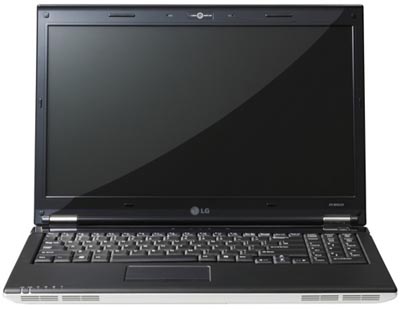 If you’re expecting something absolutely groundbreaking to justify the extra need for the Caps Lock on your keyboard, you may find yourself a little disappointed. The LG WIDEBOOK takes on the 16:9 “cinematic” aspect ratio, but that seems to be par for the course for so many of these multimedia notebooks these days.

Features are set to include Windows Vista (or Windows 7), Core 2 Duo processors, between 2GB and 4GB of RAM, NVIDIA GeForce graphics chips (up to 1GB), and screen resolutions as high as 1600 x 900 pixels. The R580 gets Blu-ray too.

The initial launch is being scheduled for this month, releasing the first batch of LG WIDEBOOK notebooks to Turky, Dubai and Saudi Arabia. Other countries in Europe, Latin America, and North America follow shortly thereafter. No word on price.