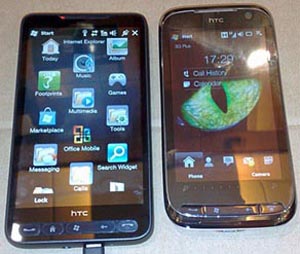 There are many reasons to get excited about the pending launch of the HTC Leo smartphone. It’s going to get a 1GHz Snapdragon processor, Windows Mobile 6.5, and a huge 4.3-inch touchscreen. To make matters even more interesting, that giant display is going to be a capacitive multitouch to boot!

The rumors say that the HTC Leo will be the first Windows Mobile handset with a capacitive screen and, as such, it will be able to support a multitouch interface. This may or may not be included as part of the Windows Mobile 6.5 stack, but HTC can tack on the functionality within individual applications, like picture and video watching, Google Maps, and the web browser.

Thanks largely to the extra-speedy 1GHz Snapdragon processor, the pinching and stretching on the HTC Leo looks to be very good and with minimal if any lag at all. This is even true when there’s a video playing, which is particularly impressive. Peep the video below and see for yourself.