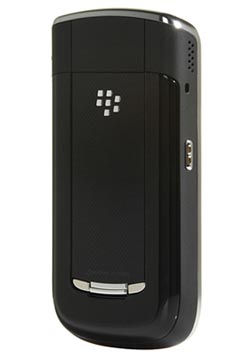 We all seem to know that smartphones have become virtual Swiss army knives for us, packing more and more functionality into those pocket-sized handsets. Sometimes, however, you don’t want all of those features. For times like those, you can turn to the people at Sprint, who have just ripped the camera out of the new BlackBerry Tour.

The average consumer, even the average business customer, will probably want to have a camera of some kind on their smartphone. The picture quality won’t be as good as even a cheap point-and-shoot, but it’s handy having that utility available. However, there are corporate and industrial environments where cameras are a no-no.

For that particular niche, Sprint is offering a BlackBerry 9630 Tour that does not have a camera in the back. This is perfect for high-security corporate customers who don’t want to forfeit their cell phones upon entry into restricted areas.

The BlackBerry Tour 9630 without the camera is listed at $199.99 with a qualifying service agreement through Sprint. Aside from the lack of the camera, the assumption is that this version of the Berry will be identical to its camera-touting cousin.