Are you tired of paying far too much on your monthly cell phone bill? You want to have those minutes, those text messages, and that wireless data, but you don’t want to break the bank to do it? We’ve seen other “everything” plans in the past, but I don’t think any of them are anywhere near as cheap as the new $69.99 plan from Sprint. Yes, you get everything for under seventy bucks (before tax).

The new “Any Mobile, Anytime” plan from Sprint will run you just $69.99 per month and this will afford you with unlimited minutes to any US-based mobile phone. You also get as much data as you can ingest, as many SMS and MMS messages as you’d like, all-you-can-view Sprint TV, and as much GPS navigation as you can possibly use.

But what about phone calls to non-mobile numbers? Well, that’s the catch. It’s not a true “everything” plan, since you “only” get 450 minutes to use with landlines. To me, that still sounds like a lot, but you can bump up to a completely unlimited plan for $30 more. The $99.99 Simply Everything plan is the fully unlimited option.

I don’t know about you, but I think $70 for unlimited (almost) everything is one killer deal, considering that you can easily spend that much money on a lot less through other carriers. It also helps that Sprint currently has the exclusive on the Palm Pre (and the upcoming Palm Pixi).

Will T-Mobile, Verizon, and AT&T come forward with a competing (almost) everything plan? I think so. 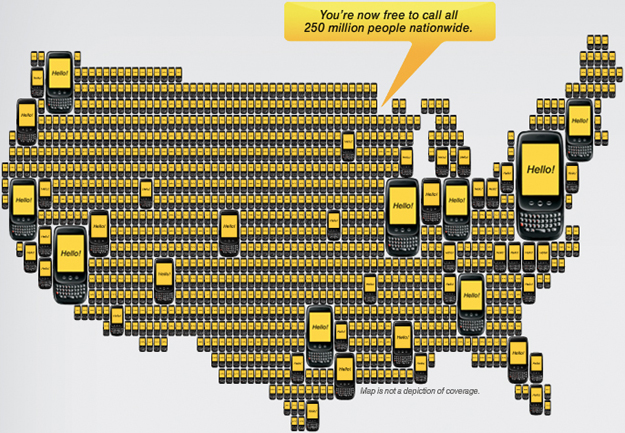