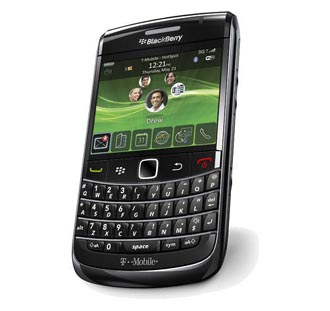 Have you been hanging out with Catherine Zeta-Jones, sticking around with T-Mobile because you figured that they’d get a 3G BlackBerry sooner rather than later? Well, your wait is finally coming to an end. T-Mobile will be picking up the BlackBerry Bold 9700, a phone that you may have once known or seen as the BlackBerry Onyx.

This is the first BlackBerry device to reach the T-Mobile lineup to come equipped with high-speed 3G connectivity. This has been a very long time coming, considering that just about everyone else has a 3G ‘Berry these days. The expected release is “as early as November.”

You’ll notice that the usual trackball has been replaced with the new trackpad that RIM is integrating into its handsets these days. Along with the quad-band GSM/GPRS/EDGE, you’ll also get the 3G service from T-Mobile, Wi-Fi, TeleNav GPS Navigator, and Bluetooth.