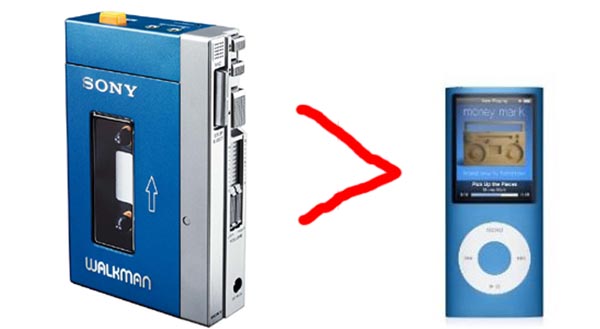 Just like here in North America, over in Europe, and just about every other part of the world, the Apple iPod has been dominating the MP3 player market in Japan for a number of years. This left everyone else clamoring for second place, but it seems that the mighty iPod has finally be dethroned by some homegrown talent.

The Apple iPod has been the dominating force in Japan for the last four years, but that streak has come to an end. A recent report by BCN, a Tokyo-based researcher, says that the Sony Walkman is now the best-selling MP3 player in the land of the rising sun.

In the report, BCN says that Sony’s market share rose to 43 percent in the week ending August 30, 2009. In that same week, Apple’s market share clocked in at just 42.1 percent. That’s a pretty minor difference, but it does mean that the Sony Walkman came out on top. That’s big news.

However, this news is a little clouded and not entirely accurate. In counting the iPod’s 42.1% market share, BCN did not include the Apple iPhone. This is because it is “also a wireless handset” and they were looking soley at standalone MP3 players. The iPhone has clearly cannibalized some of the iPod’s sales, so Apple is probably still the dominating force in that realm. Even if it’s technically second place.