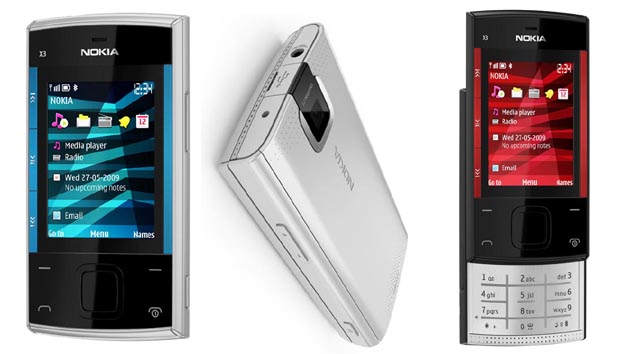 You know how the guys at Sony Ericsson officially took the wraps off the XPERIA X2 smartphone yesterday? I guess the team in Finland wanted to do them one better, because we are now taking a look at the Nokia X3 feature phone. It’s no smartphone, but it’s still quite clever.

The Nokia X3 is a part of the newest X-series of handsets from Nokia, joining the E-series business handhelds and N-series multimedia smartphones. The Nokia X3 will be running on S40 6th Edition and it is clearly targeting the music end of the scale with its dedicated media controls. I guess the X-series is the evolution of the XpressMusic series.

Interestingly, the stereo FM radio with RDS allows you to listen to the radio without having to plug in a headset. In all other phones, you need to use a headset because it functions as the antenna. Such is not the case with the Nokia X3, so that’s a plus.