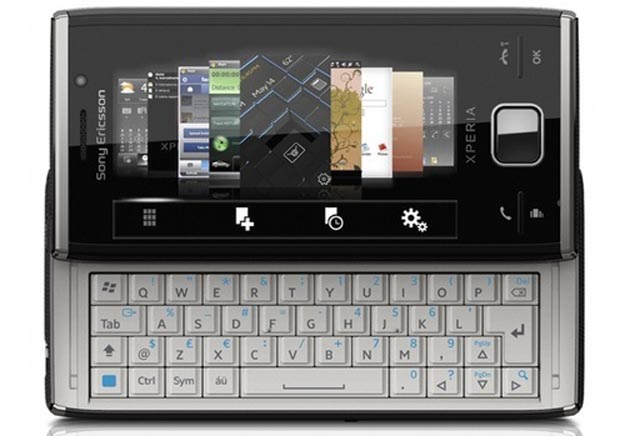 We’ve been able to find a good number of spy shots. We’ve been able to hear some insider information from ninjas deep within the confines of their labs. We’ve been reasonably confident that this phone was indeed real and it was going to be on its way soon. And we’d be right. Here is the Sony Ericsson XPERIA X2 smartphone.

The good old boys at Sony Ericsson came forth with an official announcement today for the Sony Ericsson XPERIA X2, revealing the handset that is the official successor to the existing XPERIA X1. Sony Ericsson has also mentioned that this phone will indeed be running on Windows Mobile 6.5, so that means that we will be finding it on retail shelves in October at the earliest.

Aside from Windows Mobile 6.5 and an updated version of that Panels user interface, the XPERIA X2 gets a 3.2-inch WVGA touchscreen, slide-out QWERTY keyboard (still with the Windows button in the top-left for some reason), TV-out, HSPA, Wi-Fi, and GPS.

The 3.2-megapixel camera on the original XPERIA has been significantly upgraded. This time around, you get an 8.1-megapixel camera, probably similar to the one you find on the Cyber-shot C905 (but that’s a guess).

Just like the XPERIA X1, the Sony Ericsson XPERIA X2 won’t be cheap at launch. Be prepared to fork over 699 Euro (US$995) when this phone launches later this year.