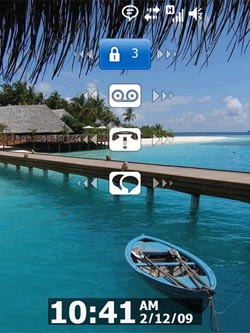 While all the guys on the Apple side of things are still getting all excited about the recently released Snow Leopard for their Macs, the Microsoft side has a little announcement of its own. This doesn’t relate to Windows 7, but the mobile industry has another date to circle on their calendars.

We were reasonably certain that Microsoft Windows Mobile 6.5 would be launching some time before Santa makes his rounds at the end of this year, but anything firmer than that would have been little more than personal conjecture and educated guesstimates. Well, you can take the guesswork out of the equation.

It was officially announced today by Microsoft that Windows Mobile 6.5 would be enjoying its official release on October 6th. Since you wouldn’t really be buying this OS yourself, you’d likely look toward handset manufacturers to cook up their ROMs of WM 6.5. Presumably, companies like HTC and Samsung would have some updates available on or around that date.

Along with the release of Windows Mobile 6.5, Microsoft says that it is planning “to open the access to its Windows Marketplace software store via the application store software in the new version.” Yes, the app store is good to go too.