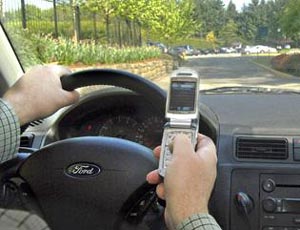 OMG. Given how much we have come to rely on our cell phones for nearly every aspect of our lives, it’s interesting to see how this new survey turned out. Nationwide Insurance asked Americans whether they would support legislation that would ban drivers from sending text messages while driving and the overwhelming majority said they’d back that bill.

This follows in the footsteps of laws already passed in places like California where it is illegal to use a handheld cell phone while behind the wheel. That usually pointed toward voice communications, but the ban on handheld cell phone use would effectively block text messages and emails too.

The difference is that this possible upcoming legislation would come from US senators and the rest of the crew in DC, meaning that we could be looking at a nationwide ban on texting while driving. Of those surveyed, 80% said that they would support this ban.

Interestingly, it’s not just the technophobic older demographic who want to get these damn kids to put away their cell phones; support for the ban came from just about every walk of life and every age group. In fact, the mobile savvy Americans from Gen X and Gen Y (aged 21-44, collectively) “showed resounding support for texting restrictions.”

Studies have shown that cell phone distraction, as is the case with sending and receiving text messages, can be just as harmful as drunk driving. We don’t let people drive under the influence, so I guess this nationwide ban could be the next logical step. What about Canada? Are we getting a ban too?