So, you’re in the market for a new smartphone and you can’t decide on which operating system you’d prefer. There are certainly some merits to Windows Mobile, but Google Android looks mighty intriguing as well. What is a discerning consumer to do? Get both, of course! The Sunno S880 is actually a dual-boot smartphone.

Just as you can hack your way into a dual-boot computer, running both Mac OS X and Windows Vista as needed, the same can be said about this particular phone. The Sunno S880 offers a dual-boot configuration for Google Android and Windows Mobile. I suppose you just choose which OS you’d like upon startup and it’ll boot it up for you.

The rest of the specs sound reasonably impressive as well, including a 806MHz processor, 3.6″ touchscreen WVGA display, Wi-Fi, GPS, and an 8-megapixel camera. The overall appearance seems to be quite slick and stylish as well, but you have to remember that this is an official mockup and not a real photo.

Oh, and there’s one other thing that might act as a hurdle. The Sunno S880 is being destined for the Chinese market, so there’s no saying when and if it’ll ever make it over to our side of the pond. Quality concerns, of course, also quickly rise to the forefront, but I guess we’ll find out when the S880 goes on sale on October 15. 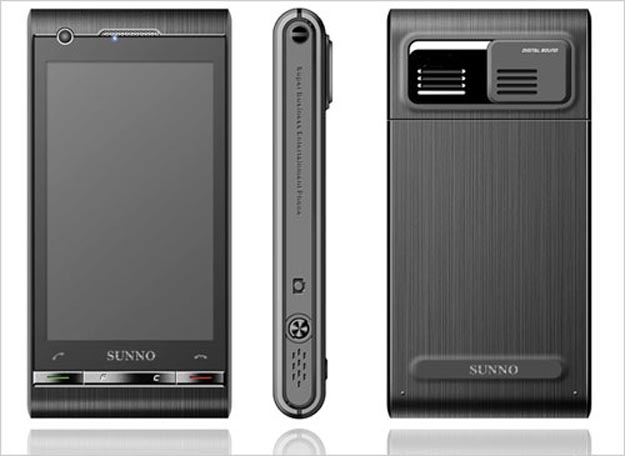