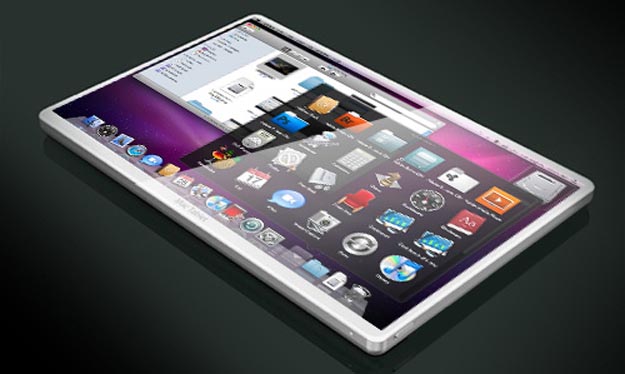 Even though the team in Cupertino has yet to confirm the existence of a true Mac Tablet, we’re reasonably certain that Apple will have a large touchscreen handheld for us some time in the near future. The assumption up until this point is that it’d be a 10-inch device to slot between the iPod touch and the regular MacBook. “Reliable sources” are now saying there’s more to this picture.

In addition to the 10-inch model that has everyone all excited, there’s word going around that Apple will also be releasing 13-inch and 15-inch variants for the so-called iPad. Or Mac Tablet. Or MacBook Touch. Whatever you want to call it.

The insider source is saying that there are two prototypes for these larger Mac Tablets kicking around in the factory in Shenzuen, China. These prototypes are said to be “reminiscent of big aluminum iPhones.”

To make matters even more interesting is the story on the operating system. We had assumed that the 10-inch tablet would be running some beefed-up variant of what you find on the iPod touch and iPhone, since the lighter OS would help with overall performance. Well, the source is saying that at least one of these bigger iPads is doing the OS X dance.