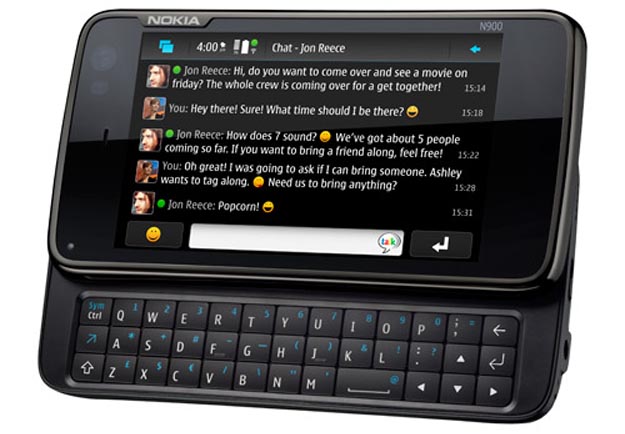 While you could be led to believe that the new Nokia N900 is the latest in the company’s line of smartphones, it’s much more accurate to say that this is the follow-up to the Nokia N800 and N810 Internet Tablets that never really got popular around these parts. With the N900 Tablet, Nokia might be hoping to change the fate of this portable web surfer.

We first heard about the Nokia N900 way back in May, but nothing was being confirmed out of Finland regarding its existence or its specific specifications. That has now changed, since Nokia made an official announcement for this new device ahead of the upcoming Nokia World event next week.

Perhaps one of the most notable changes for this Internet Tablet is the move away from a Symbian-based operation to one that uses the Linux-based Maemo 5 platform. Could this represent a pending switch in Nokia smartphone world too? We can’t say for sure, but Maemo sure looks pretty to me.

You’ll have to wait until October to get your hands on a retail Nokia N900 Internet Tablet and, even then, it will only be available in “select markets” for 500 Euro, not including taxes and subsidies.