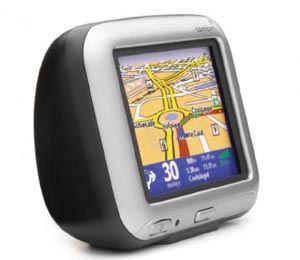 You’ve probably noticed that most of us love the idea of convergence devices. Our cell phones used to be for just voice calls, but now we use them for taking pictures, listening to music, checking email, surfing the web, managing our schedules, and so much more. We’re also increasingly using them for GPS navigation purposes, so does this mean that the standalone GPS device is on the way out?

I still have a cheap Garmin nuvi kicking around, but I’ve found that it’s been collecting dust in my desk drawer lately. This is partly because the maps are a little dated, but it’s also because I don’t need to use a standalone personal navigation device (PND) anymore. Instead, I use my Nokia E71 with Google Maps for day-to-day navigation. Why?

The smartphone accompanies me on my daily journeys anyway, so I’m not carrying around any additional hardware to find my way around town. Further still, the Google Maps are much more up to date than the pre-installed Garmin maps I have on my nuvi. There really is no reason to use the Garmin anymore, unless I want a bigger screen. If that were the case, I could go with something like an iPhone or BlackBerry Storm instead.

Is the standalone GPS dead? The guys at TomTom and Garmin don’t want to believe so. Harold Goddijn of TomTom says that they’re “becoming more optimistic” and they they’ve seen “quite a good development in demand.” Even so, I have a feeling he knows what’s coming around the corner.

You’ll recall that the PDA market went through a similar situation when smartphones started to pick up in popularity. They told us how it would still be superior to have a standalone personal organize, but how many of us have standalone PDAs anymore when a smartphone can do that and so much more?