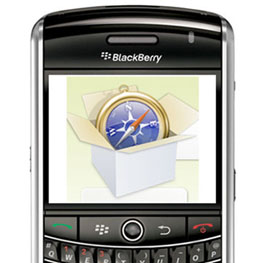 And Research in Motion is once again expanding its empire in the realm of corporate communications. The deal has not yet been confirmed by the newsroom in Waterloo, but the other party is more than happy to make the official announcement on its site. RIM, makers of the popular BlackBerry line of smartphones, has purchased Torch Mobile.

You’ve probably never heard of Torch Mobile and it’s far from being the biggest player in the game, but this is still a significant acquisition for the BlackBerry-maker. Why? Torch Mobile produces Iris, a WebKit-based mobile browser.

While the BlackBerry has traditionally been great for mobile email, the BlackBerry Browser isn’t up to snuff with some of the better alternatives on the market. Going with a WebKit-based browser can offer a huge improvement for RIM and BlackBerry, rounding off the BB experience a little better.

Since the acquisition has only just been announced, I’m thinking that they’ll still need to iron out some details before anything comes out from this new relationship. Chances are that the WebKit-based BlackBerry Browser won’t be ready until some time next year at the earliest.