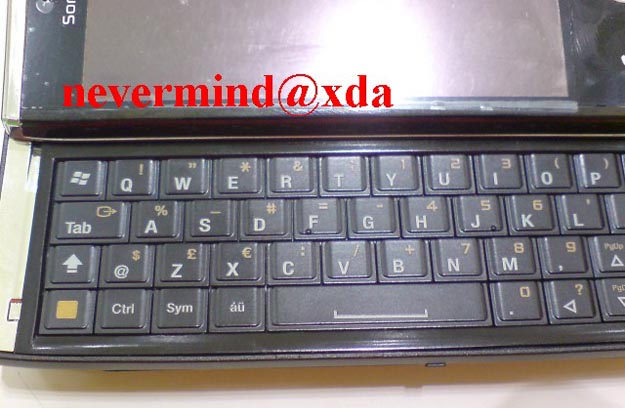 I’ve had the opportunity to fiddle around with the first XPERIA X1 and I thought it was a decent effort from Sony Ericsson (and HTC). The feature set was impressive, but I wasn’t a fan of the keyboard feel and the Windows Mobile 6.1 framework wasn’t exactly pleasant. The Panels UI helped, but it didn’t help enough. Well, its successor is coming and, based on the latest rumors, it’s coming really soon.

Word on the street is that the Sony Ericsson XPERIA X2 will be officially unveiled at a Sony Ericsson press event next week. We’ve been hearing about this upcoming smartphone for a little while, but we’ve been restricted to hearsay and spy shots. It’ll be good to see an official announcement.

From what we hear, Windows Mobile 6.1 will be tossed aside in favor of Windows Mobile 6.5, though Sony Ericsson will likely keep some form of the Panels UI in place to separate it from the rest of the WinMo pack. Other highlights include an updated QWERTY keyboard, an impressive 8.1-megapixel autofocus camera, 3.5-inch WVGA OLED touchscreen, aGPS, 3.5mm headphone jack, and an accelerometer.

Bear in mind that the rumor is pointing toward an announcement for the XPERIA X2, so the actual release date and initial launch price are still very much up in the air. I hope it doesn’t hit that $1,000 range that the original did when it first hit the market late last year.