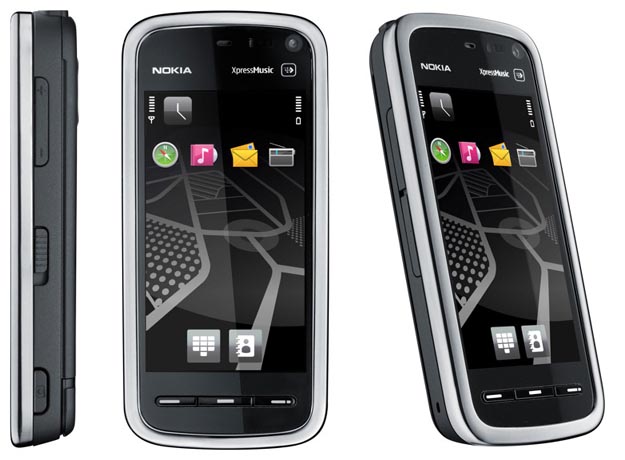 We once knew about this phone as the Tube and it was the first phone to introduce a touchscreen into the Nokia lineup. It then launched as the Nokia 5800 XpressMusic with a definite slant toward the multimedia end of the equation. Now that it’s been out for a while, Nokia feels the 5800 is due for an upgrade and it’s one that aims to point you in the right direction.

Announced earlier today was the new Nokia 5800 Navigation Edition. By and large, this is still the same 5800 XpressMusic that you’ve already seen, but Nokia is tossing in some navi-centric bonuses into the bundle, making the cell phone a viable alternative for standalone GPS devices.

The touchscreen device will come bundled with lifetime licenses for the voice-guided drive and walk navigation Ovi Maps software and service. I prefer Google Maps myself (which is also free), but your mileage may vary. Also included in the package is a Nokia self-mount car kit. This gives you a car charger, a car holder pack, a rotating swivel adapter, and an easy mount. The suction cup combination attaches to your windshield with ease.

Expect the Nokia 5800 Navigation Edition to retail for 285 Euro when it hits the retail channels in Q3 of this year. Aside from the navigation stuff, this special edition also gets a black plastic bevel outside the silver plastic bevel.