Yinlips is a manufacturer based out of Shenzhen in China and the company is working on a new media player that is, appropriately enough, called the Projector MP5. On the surface, you may think that this just another handheld that’ll do music, pictures, and videos. But that’s just one side of the equation.

Along one edge of the device is an integrated projector that can output its video content into an image as large as 80-inches. That’s much bigger than the TVs that most people have in their living rooms. I’m thinking the resolution may be a little lacking, but that’s still impressive nonetheless.

Other notable features on this PMP include the built-in 3.5″ display, 10Mbps streaming video, support for 64-bit games (N64 emulator?), infrared remote, and a 2cm profile.

For now, the Yinlips Projector MP5 PMP is just a concept, but they’re hoping to have a retail version ready for launch shortly. Since they’re a no-name China brand, I’m thinking the price won’t be outrageous either. 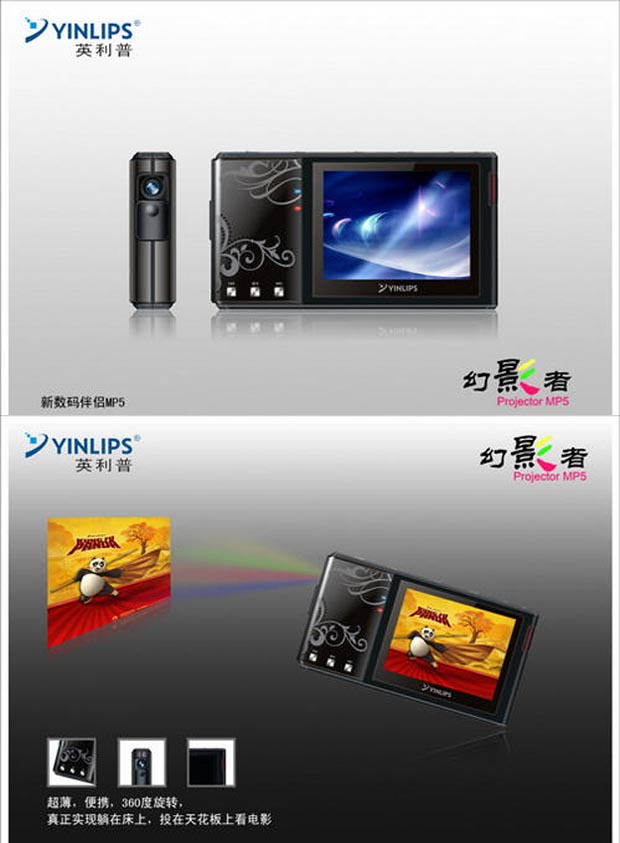