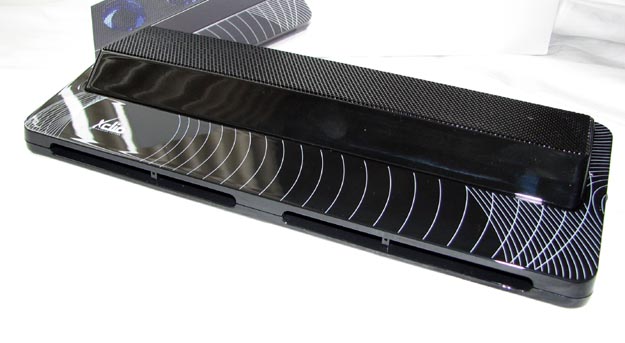 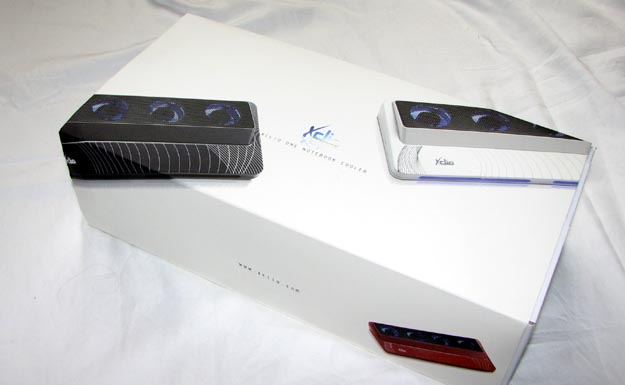 Just as with their desktop counterparts, laptops also need their fair share of cooling solutions. This is particularly true for people like me who use their notebooks as their primary computers, letting them run for hours on end while allowing the internals to burn up with all that generated heat. That can’t be good for performance and it can’t be good for the long-term reliability of the computer either.

I’ve had the opportunity to try out plenty of notebook coolers, with both passive and active cooling, but the XClio One offers a design that I have not yet encountered in this segment. It gets a set of USB-powered fans, but the fans aren’t blowing air directly into the underside of the notebook. 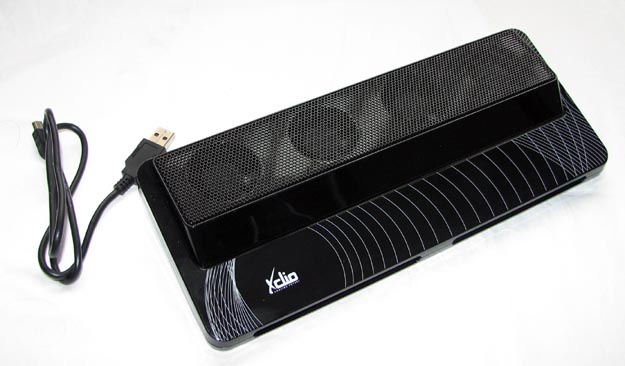 Checking Out the XClio One

With most the notebook coolers in the market with active fans, you’ll find that the fans are channeling air directly into the underside of your laptop. Presumably, this is where you get the most heat and by elevating the base of your notebook off the table and channeling cool air in that space, you get a cooler laptop.

This is and isn’t the case with the XClio One. As you can see in the picture above, there is a fan portion toward the back of this very compact and portable cooler, but these fans don’t blow air upward. Instead, they draw air toward them. This air is cooled and then pushed out through the vents in the front.

For this reason, your notebook doesn’t rest the metal mesh portion in the back. Your laptop only gets to rest on that tiny plastic portion in the front, but this is enough to elevate the base of your notebook ever so slightly. With this space underneath, an ongoing “breeze” of air is funneled through the underside. The air isn’t blown into your laptop; it’s more like it’s being blown past it. That’s pretty different. 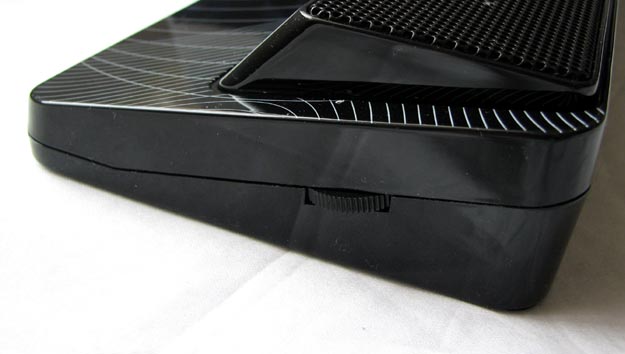 Some notebook coolers aren’t very portable, but you won’t really run into that problem with the XClio One. It only measures 265mm across (just over 10 inches), so it’ll slot into your laptop bag without too much hassle. Fashionistas will also like the choice of five colors (blue, red, white, silver, and black) and the inclusion of LED lighting inside for a dash of style.

There are four 40mm fans running between 2800 and 3800rpm and this speed is adjustable using the small dial along the right side. It would be nice if there was more of an indicator on the dial as to which way increased speed (toward you) and which way decreased speed (away from you). A minor detail, but an important one.

The XClio One is USB bus-powered and you can expect a fan life of 30,000 hours. It says that it is compatible with all notebooks between 8.9-inches and 12-inches, but you could use it with something larger if you’d like. It just won’t be as effective.

Effectiveness as a Notebook Cooler

So, it looks great and has the convenience of being powered off a basic USB connection. It takes a slightly unique approach to notebook cooling and it offers pretty good build quality. All of that is well and good, but how does it perform?

I’ll admit that this is a highly unscientific comparison and your results may vary, but it seems like the XClio One works quite well for me. On the left are the Speedfan results for my (14.1-inch) Dell Inspiron 640m when it sat on a passive notebook stand. I’m running an external monitor and a wireless desktop, as well as a small handful of programs. Yes, that’s pretty hot.

On the right are the Speedfan results for the same laptop after about 20 minutes or so sitting on the XClio One. The same programs were running with the same external monitor and so forth. I may have been letting it idle a bit longer than the “before” score, but I still see improvements across the board. Its effectiveness would probably be even better on a smaller laptop.

I think that it’s important to invest in a quality notebook cooler, since you want to keep your laptop as comfortable as possible. Less heat can result in improved performance and reliability in the long-term.

With the XClio One, I can appreciate the slightly unique design for the fans and it seems to work quite well. The overall aesthetic is pleasing and the simplicity means that anyone can use it. It’s a little unfortunate that it doesn’t come with extra bells and whistles, like a USB hub, and the lack of labeling for the speed dial is a shame too. All that said, this seems like a pretty good cooler and it’d serve your laptop well.