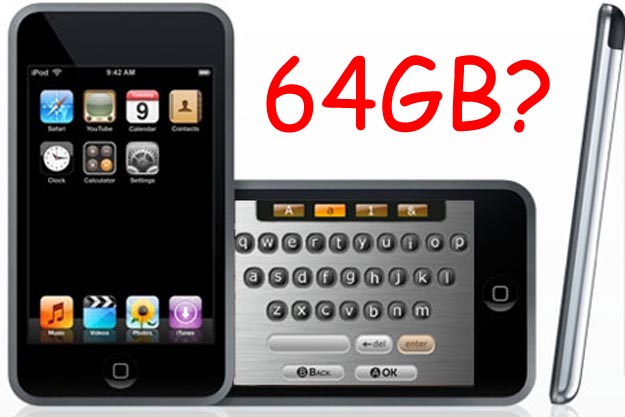 The new Microsoft Zune HD seems to offer a good value proposition, so you can fully expect the team in Cupertino to come up with some retaliatory measures to respond. We’re probably going to see an updated iPod touch in the months ahead and, based on the latest rumors, it’ll be the biggest iPod Touch to date.

Daring Fireball’s John Grubar is saying that not only will Apple come forward with an updated iPod touch, but Apple will also be pricing it very aggressively against the Zune HD. Not only that, but they’re going to pack it full of storage capacity too.

Based on this report, a new 16GB iPod touch could come with a very affordable MSRP of just $199. The larger 32GB variant, by extrapolation, would go for about $299. Continuing with this scheme, Gruber is saying that a massive 64GB iPod touch will also be made available and it’ll list at the $399 price point.

Not surprisingly, noone at Apple is going to confirm any of these rumors, but this prediction does follow in line with what the company has done with the previous two generations and what it has done with most of the iPod lineup in general. You usually see a “free” capacity bump. The price for the old 8GB becomes the price for the new 16GB, for instance.