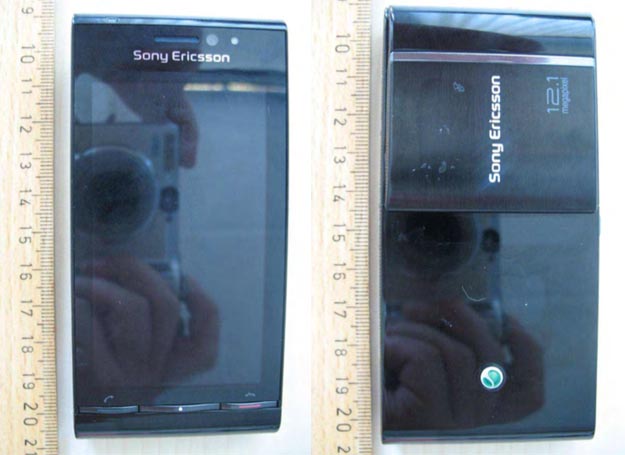 And the blurring lines between a slim digital camera and a slim cellular phone are getting even blurrier today with the arrival of the Sony Ericsson Satio. This gorgeous number is making an appearance at the FCC offices, soaking in all it can while it gets its glamour shots done. And what a glamourous phone it is.

Easily the most notable feature on this handset is the 12.1-megapixel camera embedded into the rear. This has to be one of the highest resolution cameras to ever get integrated into a mobile phone. This isn’t anything to sneeze at either, since it comes with autofocus, xenon flash, and 12x digital zoom. Thankfully, there’s a sliding lens cover too.

The Satio is no smartphone, but it’s sure looking sharp as one feature-rich feature phone. Since it’s been able to jump through the first set of FCC hoops, it probably shouldn’t be too long before the Satio is ready for a retail launch, right?