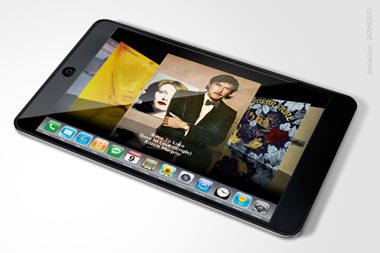 Even though no one in Cupertino will say anything officially about this, I think it’s pretty safe to say that we will indeed to be seeing a new Apple Tablet some time soon. In fact, the current rumors are pushing toward a release before the end of the year and it could prove be as much of a game-changer as the iPhone was for the smartphone market.

Brian Lam of Gizmodo had the opportunity to chat with an unnamed Apple employee (who obviously wants to stay anonymous) who happens to know quite a bit about the upcoming product.

As it turns out, Apple has been developing its Tablet for quite some time already. The engineers and designers have been working on it for at least four to six years, having the project go through several different codenames during that time. However, it wasn’t until the end of last year that they saw the first prototype.

Based on the typical development cycles at Apple, the employee says that it takes about six to nine months to go from the initial prototype to a market-ready device. He (or she) also goes on to confirm some details that we had been suspecting already.

For example, we can fully expect a 10-inch multi-touch display and it will look a lot like a giant iPhone. It’ll slot somewhere between the MacBook and the iPhone and it’d come with the characteristic home button. It’ll cost between $700 and $900.

Two things he mentions are new to us though. First, there will be two versions of the iTablet. One will come with the webcam and the other will be for educational use, whatever that means. The Mac Tablet will also be able to act as a secondary screen for iMacs and MacBooks, similar to the Nanovision Mimo screens.