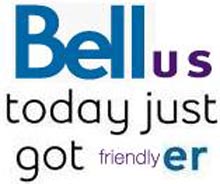 As you may already know, Bell and Telus are working in cooperation with one another to develop the infrastructure for the new HSDPA network and the upcoming LTE network. Well, this partnership could be growing into a much deeper relationship. With this cell phone, I thee wed?

Rumors of a Bell and Telus merger have been on again and off again for a number of years. Telus has been quite interested in entering merger discussions with Bell, but these talks haven’t really come to pass. Given this new partnership, however, they could merge to better compete in this changing wireless climate.

More specifically, new wireless carriers will be enterting the arena very soon and we could be looking at a “Bellus” to best compete against these new entrants. Together, Bell and Telus control about 60% of the Canadian wireless market.

RBC Dominion Securities analyst Jonathan Allen feels that a “BCE-Telus merger is increasingly likely in the coming year or two as both companies look to cut costs and sustain margins. There is only so much cost cutting that can be achieved individually.”

Should they indeed merge, the new entity would be saving over $1.2 billion annually. That’s nothing to sneeze at.