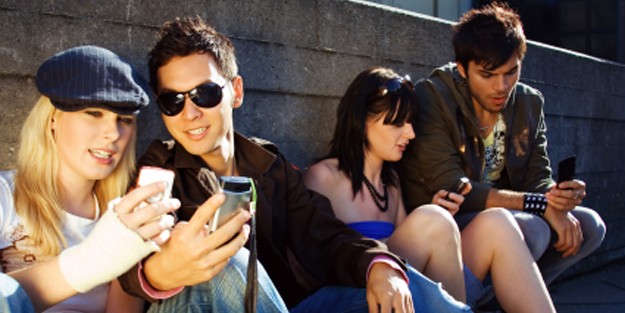 Most of us already know that many teenagers send a lot of text messages. With quick tapping fingers, they can send a huge number of messages to their friends, asking for weekend plans or what to eat for lunch. As it turns out, these fast thumbs are affecting their brains.

Monach University conducted some research on heavy mobile users aged 11 to 14 and found some startling results. The heavy mobile phone users tended to have more inaccuracies in their IQ-style tests. Does this mean that texting is making teenagers dumber? Not necessarily.

What they found is that these heavy texters had an overall tendency to value speed over accuracy, rifling through the questions as quickly as they could rather than taking the time to make sure they had the right answers.

This is just a theory, but the researchers are thinking that because text messages involve so much shorthand and truncated words that it became more important to send the message quickly than to have it 100% grammatically correct and with correct spelling. This mentality has seemingly spilled over into other areas too.