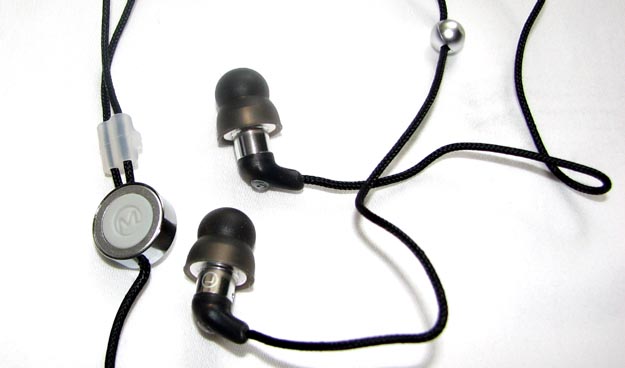 Last year, I took a look at the iMetal iP-HS2 Isolation Headset from Maximo Products. This headset was largely catering to the iPhone, but since it used a standard 3.5mm connection, it could be used just as easily for any variety of other audio devices.

At the time, I found the sound quality to be a little on the harsh side of things. Has Maximo improved this for the latest offering? Let’s have a look at the new Maximo iMetal iP-HS5 Enhanced Definition Isolation Headset and find out. 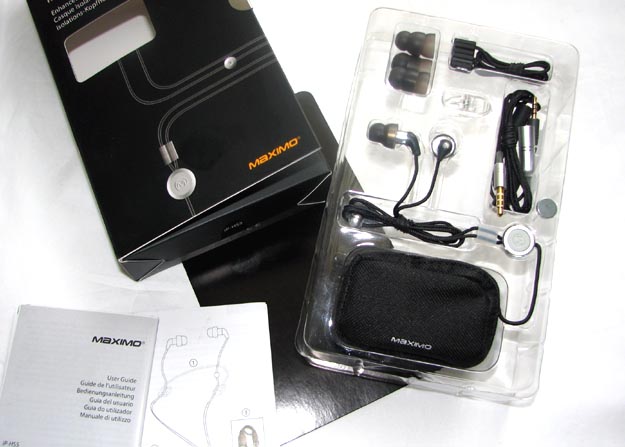 Several changes have been made for this latest iteration. For starters, Maximo is providing a lot more in terms of bundled accessories for about the same price. The included accessories with the iMetal HS5 are pretty much on par with the iMetal iM-590 earphones that I reviewed a couple of months ago.

You don’t get the airline adapter or the larger carrying case, but you do get a smaller carrying pouch, a lanyard, shirt clip, two 2.5mm plug adapters, a two-foot extension cable, four sizes of eartips and the user guide. That’s quite a bit of extra stuff for something that is an accessory item itself. In this way, Maximo has done a great job in offering a good value proposition.

While the iMetal iP-HS5 could easily be used as a handsfree headset for your iPhone, BlackBerry, or other smartphone, its primary purpose will still be for your musical enjoyment. For this reason, the audio quality has to come first and foremost.

You’ll also notice that Maximo stuck with the “high-quality knit cables” that it has used for its other earphones and headsets. As I have noted in previous reviews, I’m not a big fan of these knit cables, since they tend to transfer the “friction” sound when they rub up against something. I’d prefer a heavier level of isolation.

The proprietary eartip design utilized for the iP-HS5 iMetal Isolation Headset is quite comfortable. The silicon earpieces fit snugly into your ear canal, effectively blocking out everything but the sound being forced into your ear with the earphone drivers. It may take a little bit of practice to get them in just right, but they do fit quite well. With four sizes of eartips, you shouldn’t have any trouble finding the right size for you. 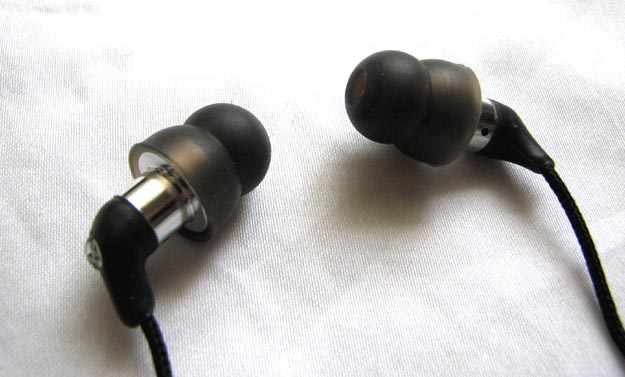 In terms of sound quality, I had a very similar experience with this set as I’ve had with other iMetal products. Without the initial burn-in period, the sound can be very harsh. The bass won’t hit very hard, and the mid-range and treble notes can be quite hard on the ears… almost piercingly so.

After the recommended burn-in period of eight to ten hours, I found that this quality was improved slightly, but the bass still wasn’t quite as robust as I would have liked and, with moderately higher volumes, you start to get very harsh notes again.

The sound quality, in this way, isn’t quite as clean as I found with the Radius Atomic Bass, which really offered great sound quality for about fifty bucks. The Maximo equivalent is a full $30 more, but it does come with a lot more accessories.

For voice quality, I didn’t find that it was anything to write home about. I could hear the other person just fine and they were able to hear me. Since it uses an in-line microphone, there was a sense of sounding a little distant, but this is to be expected.

Works with Nokia Smartphones Too

You may be wondering why the iP-HS5 iMetal Isolation Headset comes with two sets of 2.5mm adapters. Well, unlike so many other headsets that I have tested, this one actually works with my Nokia E71 smartphone.

All other headsets can work as regular audio headphones, but the microphone and inline (single button) remote work on the HS5 with the Nokia! I’m very glad about this, because it likely means that it offers better compatibility with other smartphones as well.

If you’ve had the opportunity to try some other Maximo iMetal headsets, you’ll know exactly what to expect with this latest offering. The sound quality is on par with other items in the iMetal collection and the inclusion of all those accessories is a definite plus, especially since the 2.5mm adapter works with the Nokia E71.

The sound is still a little too harsh for my tastes and the knit cables aren’t really my cup of tea, but I can appreciate the value and quality being offered with the Maximo iP-HS5 iMetal Isolation Headset. The retail price is $79.99.