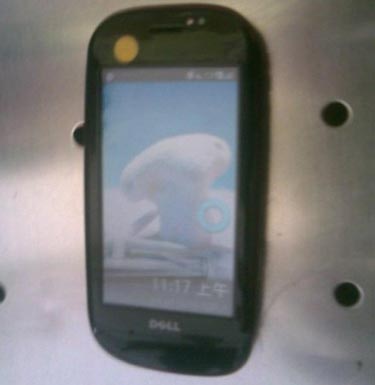 We’ve been hearing rumors about a possible Google Android smartphone from Dell for some time now and it seems like these rumors will soon be coming to fruition. I’d take this report with a bucket of salt, but it sounds like a new Dell smartphone will be announced some time this week.

Before you get your hopes up, I should probably say one thing. The rumor, as it stands, is that this new Dell phone will not be launching in North America, at least initially. Instead, the testing ground for Dell’s foray into Android land will be China. Or so the rumor goes.

They’re saying that Dell is working to the Chinese cell phone market through either China Mobile or China Unicom. Both of these are rather large carriers in China, so it will be good in terms of exposure and availability for Dell. And to make use of something like Google Android just makes the report even more exciting.

That said, competing reports are saying that Dell is working on an all-new proprietary operating system for the smartphone using Red Office, a software maker based out of China. This would akin to what Palm did with webOS for the Pre. Either way, it seems like Dell would be leaning toward the iPhone-esque end of the market, lacking a keyboard and opting for a big touchscreen.

Is this leaked image legit?