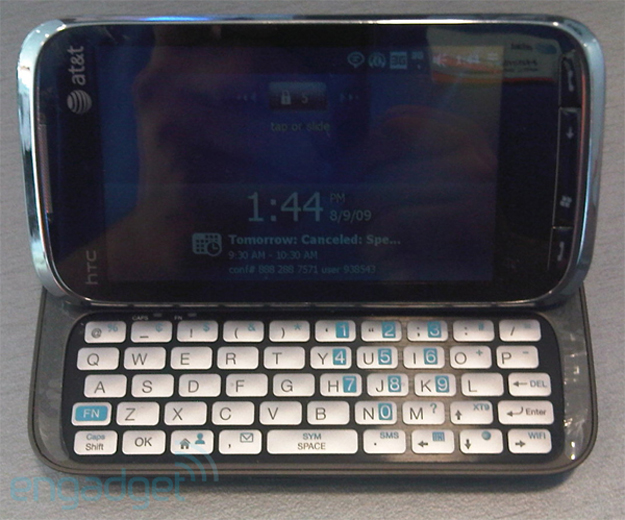 It seems like everyone wants an invite to this party, because just about everyone is picking up some variation on this possibly popular smartphone. You may already know about this Windows Mobile handset as the HTC Touch Pro2 and how it follows up on the HTC Touch Pro. Well, AT&T might be getting it too, renaming it the HTC Tilt2.

This is an interesting twist on the name, I find, because AT&T had the original HTC Touch Pro as well. The AT&T version is currently being sold as the Fuze, so you would think that when they grabbed the Touch Pro2 that it would be called the Fuze2. Maybe they don’t like that name anymore.

It can be the HTC Tilt2, because AT&T did have the HTC Tilt at one point. That would have been the smartphone that preceded the HTC Touch Pro (Fuze). In any case, the HTC Tilt 2 can be found on AT&T’s upcoming launch list as the ST7377.

The pending release of this phone with AT&T isn’t all that surprising, since AT&T has had several Windows Mobile smartphones from HTC in the past. Now we just need to figure out what makes the Tilt2 different from the versions being sold through Sprint, T-Mobile, and Verizon.