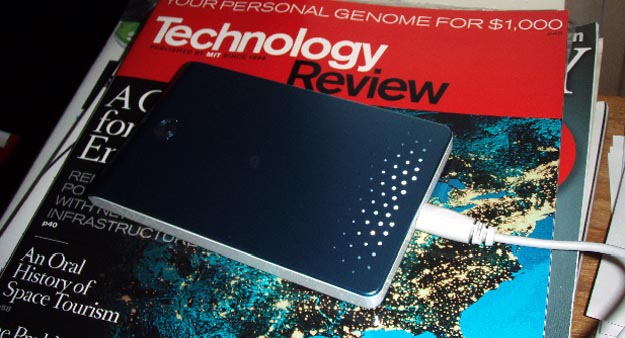 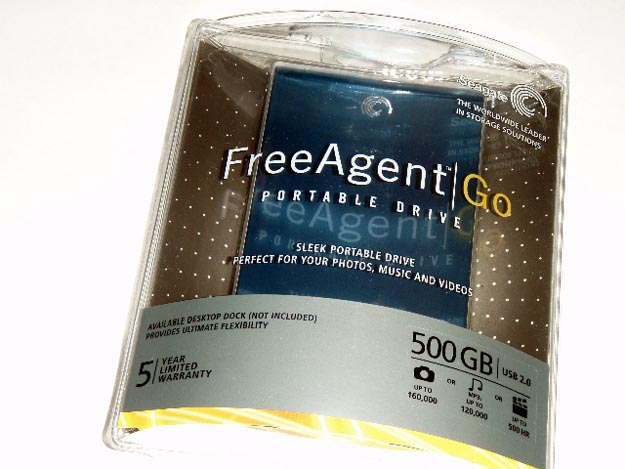 A few weeks ago, I wrote about how cool it is to have dependable storage for everything from contact lists to music files to photographs. In that post I think I also mentioned that a longer review was on its way. This is that longer review.

Once you get it out of its package, the Seagate FreeAgent Go is a dream. But Seagate is still using some of those crazy, form-fitting plastic packages that threaten to slice off your limbs if you slip while pulling them apart. It might look sleek on the shelves of the Apple Store or local Best Buy, but I’d rather Seagate start using a less hazardous type of packing.

Aside from the danger zone of unwrapping the drive, the rest of my experience with the drive was superb.

While many gadgets tout their ‘plug and play’ capabilities, Seagate’s drive delivers. In mere moments – really – I was moving files via USB from my Macbook to the 500GB drive.

In mere minutes I had changed the setting on SuperDuper to recognize the FreeAgent Go as my backup drive. And that was seamless as well.

In fact, in the months I’ve been putting the drive though the rigors of daily life – including regularly shuffling info on and off of my laptop to make room for podcasting, photos and client work – I have yet to have a snag. 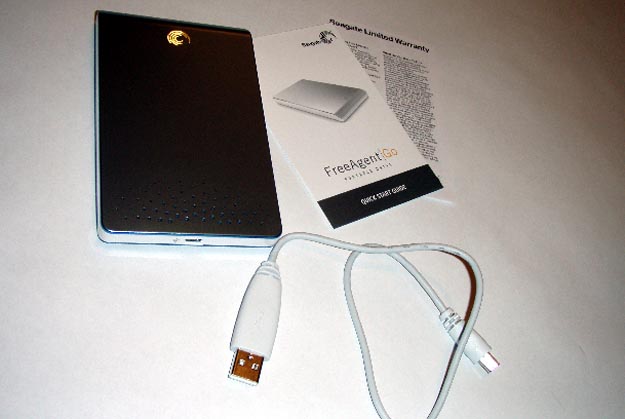 Sure, drives are warranted against failure for years but the resolution to a drive failure is just a replacement drive from the manufacturer. It’s better to not have a drive fail in the first place and the Seagate looks to be up to the task.

Here’s where it’s been…

Eight plane flights including X-ray machines and banging around in my laptop bag
A car ride from Detroit to Austin, ending at South by Southwest (SXSW) with three other guys who relied on me to process audio files in a moving vehicle
Multiple scooter rides into Boston where I set up my remote office in various coffee shops
and making regular trips from a desk drawer to the countertop at my house for my twice weekly backups

Here’s what I’ve used it for…

Moved 65GB of music to and from the drive three times to keep space clear on my laptop
Copied audio files for iRoadTrip to the drive for sharing among the group during that car ride from Detroit to Austin
Used it to backup articles, interviews and sound and video files during SXSW and other conferences
Organized my iPhoto and regular photo library by moving 40GB to and fro
and as mentioned above, twice-weekly backups of my 235GB of data on my Macbook’s 250GB internal drive

What’s the next step?

That’s correct, in the five months I’ve been using the drive, the dock has sat in that same plastic packaging. Mostly because I work in lots of places and the dock is a great device if you have one work space where you can just drop your drive when you arrive and work.

But a friend I spoke to has the Seagate FreeAgent Go 320 with 400/800 Firewire and USB, and he uses the dock every day. It defaults to the highest speeed he said. And he loves that he can use the drive on the road and at his office.

Storage is a moving target. It will ALWAYS be cheaper tomorrow than it is today. But your memories and your data are always worth more than you can imagine, so spend the money now. The FreeAgent Go is a great solution for anyone who wants to keep their data safe and backed up. It’s small enough to fit in a safe deposit box if you so choose. It fits in your shirt pocket. It holds 500GB (comes in 250GB and 320GB and 640GB too). It also comes in USB 2.0 or Triple Firewire 800/400 and USB 2.0. I say get it, you won’t be disappointed.