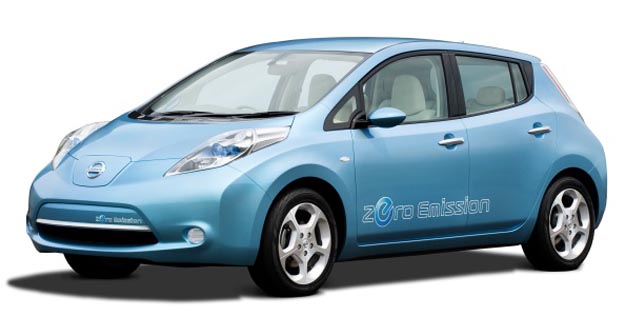 Just because we want the convenience of having a personal vehicle does not mean that we should throw our care for the world out the window. It won’t completely eliminate our environmental impact, but it’ll certainly reduce the footprint that we leave behind. Thats’ because the Nissan Leaf EV is an all-electric car.

The Leaf electric vehicle was originally slated for a retail release some time in 2012, but it seems that Nissan is ready to bump that launch date to something much sooner. In fact, the Japanese automaker is promising at least 5,000 units of this vehicle will be sold in 2010.

The Nissan Leaf will not be made available all across the country, however. Instead, Nissan has selected the Tucson-Phoenix area, Seattle, San Diego, Tennessee, and Oregon as its launch locations. That’s because these areas will have charging stations set up by Electric Transportation Engineering Corp. This comes by way of a US Department of Transportation grant of $99.8 million.

The electric cars will be considered full retail sales, but the first 5,000 buyers will still very much be a part of Nissan’s batch of guinea pigs. These cars will be outfitted with a black box to monitor recharging habits. As such, Nissan is hand-picking the people who will be “allowed” to buy the car.

How much will it cost? Nissan is saying that the Leaf EV will be sold for about the same as similar gas-powered cars, so it can’t be that expensive, right?