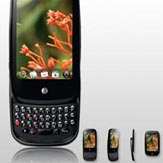 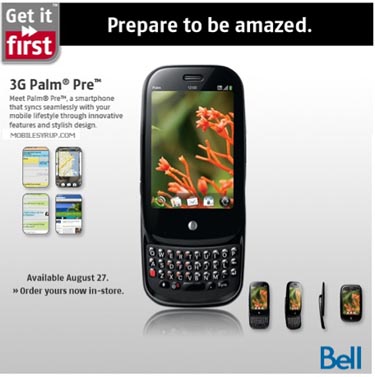 For all the customers in the United States, the Palm Pre has been available for purchase and activation through Sprint for a couple of months now. It’s far from perfect, but this handset represents a major revolution for Palm and it introduces some new things to the smartphone world too. What about Canada? When do we get this phone?

Ever since the Palm Pre was originally unveiled at the Consumer Electronics Show in January, we’ve been left with this question. We’ve been reasonably certain that Bell Mobility would be getting it and then, later on, we learned that Bell would have a six-month Canadian exclusive. We also learned that the phone would launch some time in the second half of 2009.

More recently, we caught wind that August would be the proposed month of release. We hoped that it would be earlier in the month, but this leaked online ad from Future Shop reveals something a little different. It seems like Canadians will have their first opportunity to buy a Pre on August 27. That’s only three weeks away.

Shortly after this shot from Future Shop was discovered, Bell sent out a press release to confirm that August 27 is in fact the Canadian launch date for the Palm Pre. Sign up with a qualifying three-year dealio and Bell will let it go for $199.95. Opt out of the contract and it’s $599.95 outright.