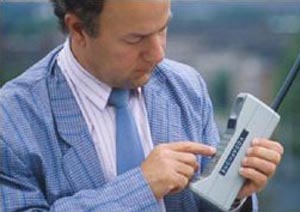 How’s this for a paradox? The most recent sales and business report from Motorola has a small tidbit of good news, following by a huge blow of bad news. Let’s start with the bright side. It has been a tough road, but Motorola has managed to post a profit in Q2 of this year.

This doesn’t come from an increase in business or an expansion in the number of customers, however. Instead, the profit is only the result of cutting costs across the board, reducing expenditures rather than increasing revenues. At least they’re in the black for the quarter.

The bad news, unfortunately, is that Motorola’s sales figures are down, way down. Compared to the same time last year, Motorola’s sales for Q2 2009 are down by almost 50%. The sales are cut in half, shipping just 14.8 million phones last quarter. The cell phone division’s operating loss has been reduced to $253 million for the quarter, compared to $346 from Q2 2008.

So, where does this leave Motorola for the future? It’s clear that the company can no longer ride the RAZR wave for success and it needs to bring something new and exciting to the market. More specifically, it seems that they’re placing a lot of faith in an upcoming portfolio of Google Android smartphones.

Will that bring Moto back to its former glory? Will we all yearn for the Zack Morris, StarTac, and MicroTAC once more?