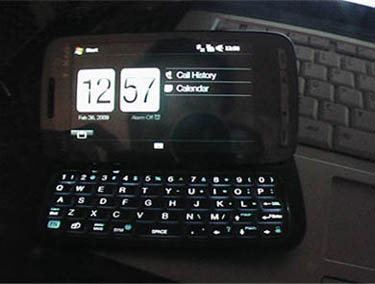 I don’t know too many people who are still interested in Windows Mobile 6.1, but the smartphone platform still exists and it could still be quite popular. Turning our attention over to T-Mobile, you will soon have the opportunity to pick up the latest hotness from HTC.

No, I’m not talking about the Android-powered HTC Hero. Instead, it’s the touch and slide wonder that we know as the HTC Touch Pro2. This follows up on the original HTC Touch Pro, which you may have found through AT&T as the AT& Fuze. The screen is bigger and the design is a little more streamlined this time around.

The HTC Touch Pro2 will be made available with a mocha finish through T-Mobile starting on August 12th and it should be found nationwide by the middle of the month.