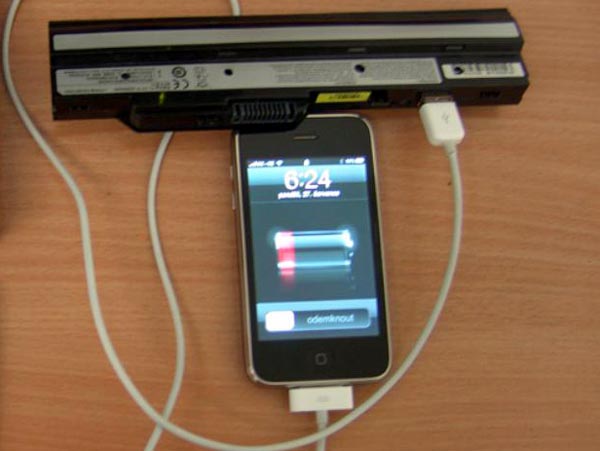 Not satisfied with the current selection of backup battery products for your iPhone, BlackBerry, or any number of other USB devices? What if you could literally tap into the power of a notebook or netbook battery? That’s what this hacker aimed to achieve.

Yes, you could have your netbook turned on and your device attached to one of the USB ports, but this is a much more direct connection. You are literally plugging a USB cable into the battery.

The guy in the video below, who happens to be from the Czech Republic, hacked up a battery from an MSI Wind netbook so that it had a powered USB port. He used this battery to fully charge his iPhone twice and it still had enough juice to power his netbook after that.

You’ll have to be a little brave to hack around with the harmful chemicals surely found inside netbook batteries, but if you want to give his mod a try, the guy has a tutorial on his site. I wonder if the OEMs are paying attention. They should make a commercial version of this.