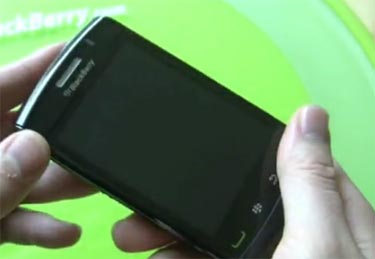 The original BlackBerry Storm represented the first time that Research in Motion equipped one of its handhelds with a touchscreen display. The RIM executives admit that it wasn’t exactly perfect, so did they get more things right with its successor?

Embedded below could be the first public video ever recorded and made available on the Internet of the new BlackBerry Storm 9550, known affectionately in most circles simply as the BlackBerry Storm 2. The form factor remains the same with a large touchscreen and no keyboard, but there are a few changes.

For example, the four buttons in the bottom used to be quite separate from the screen, but now they are much more flush and integrated with the touchscreen. We also get a slightly better design and, more importantly, it appears that typing on this is easier than the first time around.

I was given the impression that RIM would abandon the SurePress “clicking” touchscreen for the Storm 2, but that seems to be making a return. Maybe they reduced the screen travel and improved its response. That is certainly one feature that separates the Storm from other touchscreen smartphones.