Now that tethering is built right into the Apple iPhone software, it seems that other manufacturers want to make the process just as easy on their devices as well. It’s not like they weren’t capable of tethering before; it just wasn’t the simplest of processes. HTC aims to change that.

The Taiwanese juggernaut is reportedly working on some new software for its Windows Mobile smartphones that would effectively transform the handsets into WiFi routers. Basically, your HTC smartphone would be doing the same thing as that Novatel MiFi card that we saw during CES.

It would take your EDGE (ugh) or 3G wireless broadband connection and turn out to broadcast that available signal as a Wi-Fi hotspot. You can define the name of the SSID and the password for this just as you would with a regular WiFi router.

For now, the mobile Wi-Fi router/access point software from HTC is in the very early stages of development, but Kim Poh Liaw was able to get it to run on his Touch HD. It works, but not if your screen turns off. 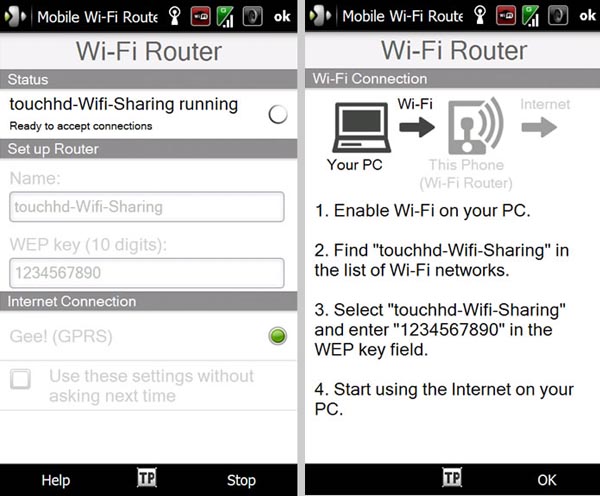