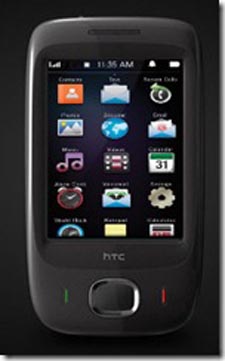 HTC has come a long way in a few short years. It wasn’t all that long ago that you couldn’t even find an HTC-branded phone, because they worked as an ODM/OEM for other companies. Well, they’re expanding yet once again and this time they don’t need your bloody smartphone OS.

Yes, HTC may best be known for producing some of the best Windows Mobile smarpthones on the market but that’s not the newest announcement. Yes, HTC was the first company to put out an Android phone, but that’s not it either. Instead, HTC is moving to the other end of the spectrum by releasing a non-smartphone.

Some people, myself included, refer to these handsets as dumbphones. Other people like to call them conventional phones, feature phones, or just cell phones. Whatever you want to call it, the newest HTC phone may not be a smartphone at all.

From what we hear, HTC will be making its first “dumbphone” and it’ll be ready for release this September. HTC is no stranger to creating unique user interfaces, having made its own skins for both Windows Mobile and Android, so they’ll just have to make the core beneath those.

The current rumors are saying that this new “feature phone” will be very similar in appearance to the touchscreen-equipped HTC Touch Viva and it will be approaching the more budget-minded end of the market. Aside from that, details are very slim but this is a natural expansion for HTC.