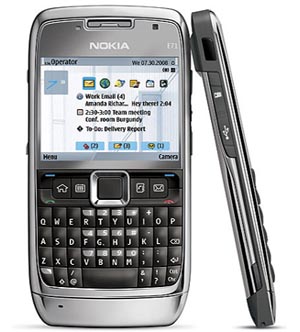 Nokia may be the number one cell phone maufacturer in the world, but the Finnish company has yet to get the same kind of prominence in the United States as it has enjoyed in Europe and Asia. This is the land where the iPhone is currently reigning as king, but Nokia wants that to change in their favor.

I remember having a brief conversation with a friend of mine about the best smartphone on the market and he said that nothing can match the iPhone. I mentioned the Nokia N97 and he referred to it as some “Nokia crap.” Crap? Really?

According to one Nokia representative, “Our strategy is to get as many devices into U.S. carriers as possible. We want to be number one in the U.S.”

It’s good to see that Nokia wants to make a bigger splash in our pond and the carrier route is one way to do that. The AT&T partnership with Apple has worked out well for both parties, just like what T-Mobile was able to do with Danger and the SideKick line.

The other side of the equation involves consumer education. While cell phone enthusiasts are all too familiar with concepts like SIM cards and unlocked phones, the general public may not be quite so knowledgable. Many people assume that they have to sign contracts and they can only use the phones provided by their chosen carriers.

As such, Nokia has put together a brief video to educate the public on “unlocked” devices and the value that they can bring to the table. The Nokia online and flagship stores surely appreciate this attempt.