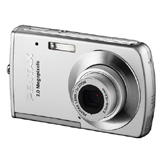 Digital cameras have come a long way since their early humble beginnings. I still remember “investing” in my first digital camera. It was a 2MP HP PhotoSmart that left a lot to be desired, but it was still a significant step forward from my old film camera. These days, our point-and-shoot cameras pack plenty of features and lots of megapixels, but there’s always room for improvement.

For the consumer market, camera manufacturers have introduced a number of innovative features. We’ve seen the arrival of HD video recording, facial and smile recognition, multi-point auto-focus, and so much more. What will be the next big thing? Let’s look at some of the possibilities.

Why get stuck with just two dimensions when your photos can literally jump out at you? One of the fastest growing phenomena at the movie theater is 3D, as evidenced by recent films like Up and Monsters vs. Aliens. It could be time to go 3D with our cameras too. 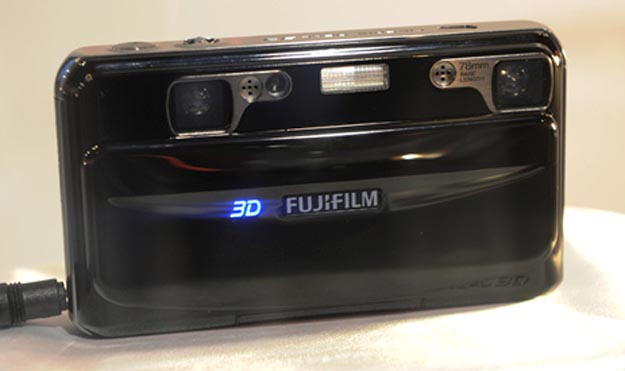 One of the first to enter this market is the Fuji FinePix Real 3D digital camera. From what I can tell, it’s not quite ready for a full retail release just yet, but it does point toward what is possible. The 3D image is generated thanks to dual lenses and dual optics.

The biggest hurdle that we will have to overcome, of course, is having something where we can display these 3D images. There are some 3D LCD monitors out there, but they are far from mainstream for now. These two technologies will need to ramp up in popularity in tandem if either hopes to succeed.

Three-dimensional photos may be a fun novelty, but they’re not all that useful. Possibly one of the next useful features to come to consumer cameras will be a better ability to take pictures at night. How? 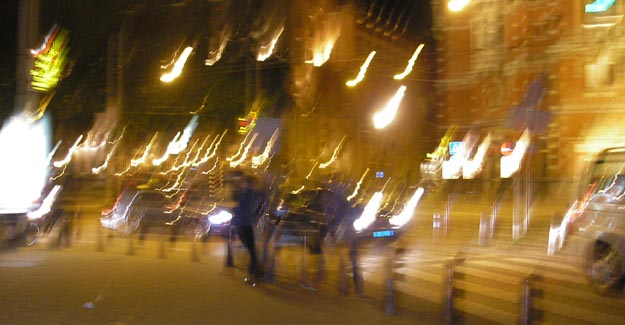 A couple of guys from New York University have come up with a dark flash innovation that can effectively take much clearer and more accurate photos under low-light conditions. No longer do you have to deal with the shaky and blurry pics like the one shown above.

Most point-and-shoot digital cameras are just fine when they are provided with plenty of light, but most leave us with some really crappy pics when it’s dark outside. Something needs to be done to ameliorate this situation.

This seems to be quite a ways off, however, since those NYU kids are still pretty early on in their development. Even so, we don’t want to buy a camera that is dedicated to low-light photos, so it’ll have to be made more versatile before any sort of commercial release will be possible.

In my humble opinion, the next major digital camera feature that will quickly rise to prominence and spread throughout the industry is on-board editing. There are already a handful of units that have some rudimentary functionality on this front, but they can go so much further.

Taking a look at the Apple iPhone 3G S, you’ll find that you have the ability to crop the videos you record without having to load them onto your computer first. It’s nowhere near what you’d get with iMovie, but this basic video editing can be a very useful feature. 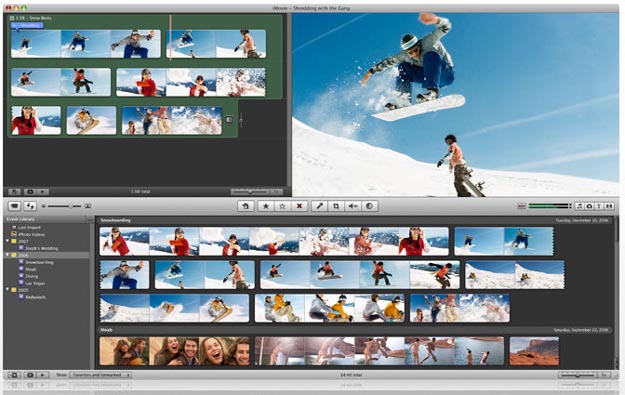 Digital cameras aren’t connected to the Internet in the same way that an iPhone is, but that could be around the corner as well. The Eye-Fi SD card helps, in that regard, and it could be a move that’ll spread with time. If so, it’ll help to be able to edit both your movies and your still photos without the aid of a computer.

Even something as simple as cropping, adjusting brightness, reducing red-eye, and so on can be a huge boon for a point-and-shoot camera. We just need to see these functions refined and made as user-friendly as possible.

What do you think? What would be the “killer feature” that would make you run out and buy a new camera?