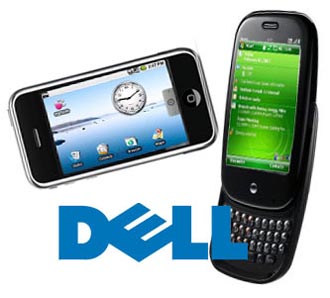 The Dell Axim line of PDAs never really got the kind of market penetration that they were wanting, but the smartphone market could be a different beast altogether. Although we haven’t heard anything new with specifics lately, the people at Dell are quick to remind us that they are still working on smartphones.

Joining the arena already occupied by the iPhone, BlackBerry, Android, Nokia, and countless others, Dell wants to make a smartphone (or several) that can take advantage of the company’s pre-existing prominence in both the consumer and business computer segments.

Details are still sketchy, but it looks like they want to run the gamut. Consumer Division President Ronald Garriques said at a recent analyst meeting that they are working with “the top three to four” mobile operators to “see what their needs are.” A strong tie-in with prominent carriers could be good for marketing, distribution, and market penetration.

So, what can we expect? They said that they plan to produce devices with screens between four and twelve inches. A four-inch touchscreen smartphone already sounds a little big, but 12-inches? Isn’t that a netbook or notebook?

No confirmation came from Dell, but everyone is expecting that the Dell smartphones will be powered by Android.