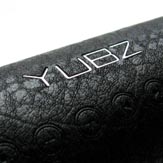 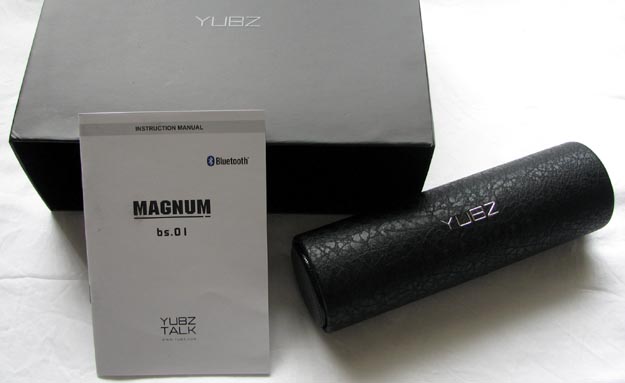 Now that the iPhone can do the stereo Bluetooth thing, I have a burning suspicion that the market for stereo Bluetooth products could be on the rise in the months to follow. You could certainly invest in a set of stereo Bluetooth headphones to enjoy your music, but what if you want to share those tunes with the people around you? The new Yubz Magnum could be just the ticket.

The barrel-shaped device is meant to be an easy way to get “music blasts” without having to mess with ugly wires and cables. It also functions as a Bluetooth speakerphone, handling incoming (and outgoing) calls with the best of them. It also has a handy carrying pouch for the traveling techie.

The Yubz Magnum Bluetooth Speaker measures 210mm across and has a diameter of 65mm. It’s certainly small enough to toss into a backpack, but it’s probably a little too big to shove into your pants pocket.

Looking at the feature list, it is not at all surprising to find the A2DP Bluetooth profile supported, since that’s how you do the stereo Bluetooth thing. Unfortunately, it’s only doing this with Bluetooth 1.2, so the speed and range may leave a little to be desired. It would have better if Yubz invested in Bluetooth 2.0 instead. 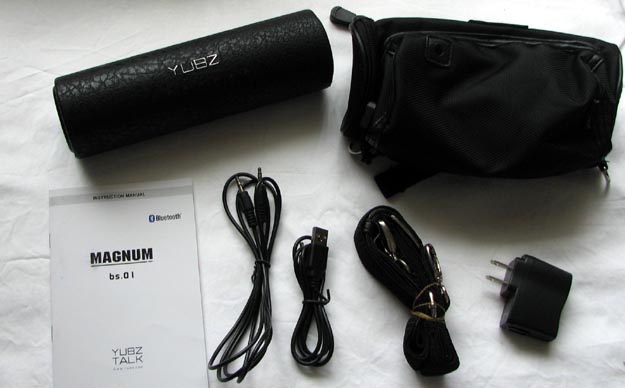 The two 3W speakers shoot out of either end of the cylinder, offering a frequency response of 150 Hz – 20kHz. Power comes by way of either four AA batteries (not included) or the USB/AC adapter cable.

Inside the fashionably designed box, there is the Yubz Magnum itself, a carrying bag, instruction manual, 3.5mm stereo mini cable, USB cable, shoulder strap for the carrying bag, and a USB-to-AC adapter.

The “Hidden” Buttons, Jacks, and Lights

The faux leather surface gives the Yubz Magnum Bluetooth speaker a certain air of style and prestige, but more importantly, it adds some grip. The textured surface also hides the buttons very well, which can be perceived as a good thing or a bad thing, depending on your preferences.

Personally, I don’t mind the idea of buttons that blend into the surface, but they should light up when in use. Otherwise, you really have to stare at the device to tell what you are pressing. Further still, the button for going to the previous track points to the right and the button for going to the next track points to the left. That’s backwards, Yubz.

Similarly, the indicator light can be quite difficult to see. There are two LEDs (one red and one blue) hidden behind the YUBZ logo and these light up, ever so faintly, to indicate power, connection, incoming calls, and so forth.

To make matters even more confusing, you’ll find two small jacks in the Magnum as well. One of these is for the 3.5mm stereo mini cable and the other is for the power cable, but they look very similar.

I understand that the Yubz Magnum is largely meant to be trendy and fashionable, but I need it to also be user-friendly. Everything could be laid out more clearly and easier to see.

Using the stereo mini cable is simple enough, but the Bluetooth pairing process is relatively straightforward as well. You hold the power button until you see alternating red and blue lights, set up your Bluetooth-enabled music phone, enter the default passcode (0000), and then you’re good to go.

Considering that you only get a pair of three-watt speakers, you really shouldn’t expect all that much in terms of sound output. And your expectations would be accurate. I’d say that the Yubz Magnum sounds about as good as a conventional clock radio. Prepare to be underwhelmed.

The range, largely thanks to the BT 1.2 standard, is also disappointing. I got about 15 feet away and the sound started to break up. Any walls at all will also have very adverse effects. 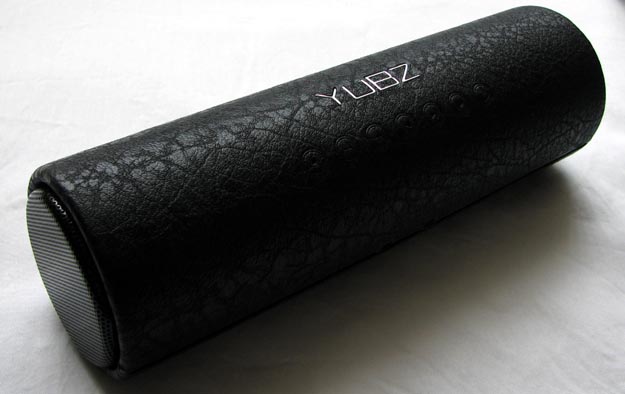 The voice from the incoming call comes in loud and clear through the stereo speakers, but the built-in microphone on the Magnum isn’t up to snuff. My voice was filled with echoes and background noise on the other end of the line.

On paper, it seems that the Yubz Magnum Bluetooth Speakerphone and Music Blaster is a good idea. The barrel shape with faux leather surface certainly makes it look like a premium device. The “hidden” controls add to the svelte appearance and the ability to use this both as a speakerphone and Bluetooth music speaker is a definite plus.

However, the performance and usability isn’t quite up to par. The Bluetooth range is far from the best (you won’t get the claimed “up to 30 feet” range) and the sound quality is about as good as a $10 clock radio. Yes, I know it’s small, but I wanted more.

Listed at US$109.95, the Yubz Magnum isn’t the cheapest solution on the block either. I think it’s a good first effort, but Yubz needs to make some improvements to Magnum 2.0.