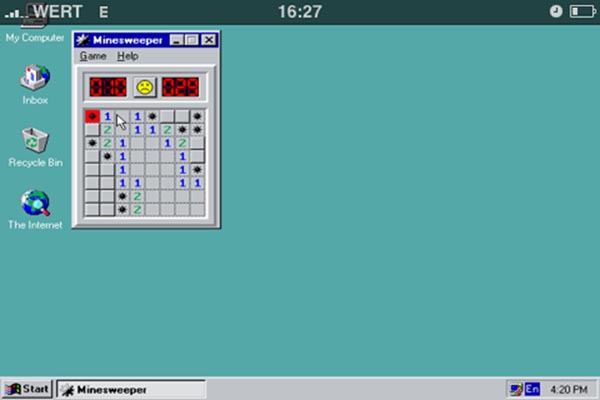 Maybe you just made the jump over to the Apple camp a short while ago, getting quite pleased with your unibody MacBook and your shiny iPhone 3G S. Maybe you’re feeling a little nostalgic and you want to still have some Microsoft-fueled “fun” every now and then. This hack may be for you.

You may have seen some themes for the iPhone that have certain Windows-inspired elements, but this modification actually puts a (near) full build of Windows onto your Apple mobile phone. It’s not Vista or even Windows XP, however. Instead, we’re going back to Windows 95!

Using the Bochs emulator and an image of Windows 95, some happy modifiers have managed to install and run the now-ancient operating system on everyone’s favorite smartphone. And yes, it comes complete with some Minesweeper action to boot.

Of course, this probably isn’t the most useful modification that you’ll be doing to your iPhone, but think about the gasps and gawks you’ll get when you show people your Windows-powered iPhone! Peep the video for a more in-depth demo.