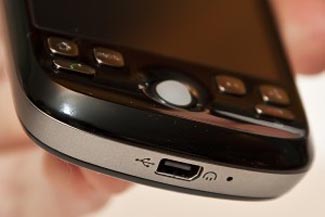 In general, I’d say that I like most of the devices that come out of the HTC camp. My first real smartphone was an HTC and it was through HTC that we were initially introduced to Google Android. However, HTC is not without its quirks. For example, where are the 3.5mm headphone jacks?

It seems that the people in Taiwan are finally paying attention to their customer base, because HTC has now said that they may soon be abandoning the three-in-one extUSB port that we see on so many of their phones. Well, the extUSB port may stick around, but they’ll now be adding a 3.5mm jack too.

Yes, I understand how using a single port for charging, synching, and headsets cleans up the clutter, but it also means that we have to use adapters in order to use otherwise standard 3.5mm headphones and headsets. The inclusion of this port will make a world of difference.

According to HTC, the “vast majority of devices we launch after Hero will have a 3.5mm jack. Devices that we have already announced but that still come out after Hero will not necessarily be a part of this change.”

This is definitely a step in the right direction. Kudos, HTC.