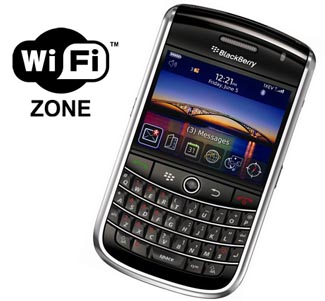 When it came to choosing my next smartphone, I had a few basic criteria in mind. I really wanted to keep a physical QWERTY keyboard, I wanted a relatively decent camera, and I absolutely had to have Wi-Fi. It seems that Sprint customers feel much the same way, because that CDMA carrier has made a guarantee and a promise that all future “major” devices will sport Wi-Fi.

There are a number of BlackBerry devices, for example, that may be great for business, but do not have Wi-Fi. Instead, they rely solely on the availability of the wireless network and this just won’t do for some customers.

As such, Sprint has announced that it is now “embracing Wi-Fi in all its major devices going forward.” This way, you don’t have to worry as much when your signal cuts out, since you can still check your email from an available hotspot. It can also help to cut down on your wireless data costs.

Sprint isn’t the only company to make this promise. Verizon has also said that it will be doing the same, promising that future Blackerry devices after the Tour (like the Storm 2) will come with Wi-Fi.