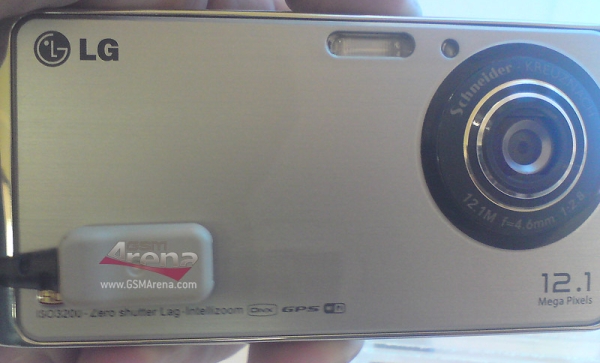 By and large, I think most of us would agree that the majorityu of camera phones don’t stand up against their standalone digital camera counterparts. LG could be working to significantly bridge the gap, however, with the LG GC990 Louvre. This is one crazy camera phone.

It’s still just a concept phone at this point, but the specs on the LG Louvre GC990 can easily solicit some drool from the shutterbugs in the crowd. For starters, you get Schneider-Kreuznach optics that are good for taking 12.1 megapixel still photos. That’s a lot of resolution.

The pocket camcorder market currently dominated by the Flip may also have some competition here, since the LG GC990 Louvre is also capable of shooting 720p high-definition video. That’s just as good as the Flip UltraHD and Flip MinoHD.

This is no smartphone, so don’t expect too much in the productivity and apps departments. However, you will get TV out, Wi-Fi, GPS, DivX/xVid playback support, and a 3.2-inch (touchscreen?) display. They say that this is a “great example of the type of mobile technology innovation LG is developing.”

There are no confirmed plans to bring the Louvre to market, but LG is showing off what may be possible in the very near future.