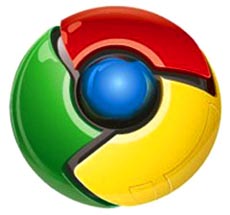 Google is looking to expand its presence in your life even further. You may already rely on Google Search and you may have Google Chrome as your web browser of choice. You may have Google Latitude on your phone, using Google Sync to connect with your Google Calendar. Well, your netbook is about to get a little more Google power too.

The ubiquitous online juggernaut has just announced a new project called Google Chrome OS. While we have already heard about the possibility of an Android-powered netbook in the near future, Google assures us that the Chrome OS is “separate from Android.”

As its name implies, Google Chrome OS will serve as the operating system for netbooks and other similar devices. The OS is meant to be cloud-friendly, getting you inherently hooked up with the rest of Google’s services when you have an Internet connection. Down the road, Google plans to expand beyond netbooks (and set-top boxes) and into “more capable” computers.

You could almost say that Google is taking a small page out of the Linux playbook, because the Chrome OS is also meant to be as lightweight as possible. This way, you get near-instant startups and an extra-peppy experience without needing too much hardware horsepower.

I wouldn’t be at all surprised if the Google Chrome OS will be well-designed and easy-to-use, but the cloud-focused nature could be a problem if you’re not constantly attached to the web, no?