Most cell phones and smartphones come with some sort of indicator light so that you know when you’ve missed a call or you’ve received a text message. That blinking red LED on the BlackBerry is so incredibly useful, so a hacker has decided to equip the same on his netbook.

An otherwise standard-looking Asus Eee PC has been customized to include a special LED light. The indicator LED has been placed as to be visible both when the netbook is open and closed.

Further still, the modder decided to use a three-color LED light with each color representing a different event. Each time that the Eee PC detects a new message from Twitter, Gmail, or Pidgin, the corresponding LED will light up. Brilliant!

If an amateur modifier is able to equip the Eee PC with such a functionality, I’m thinking that a commercial application can’t be all that hard either. Given the number of Eee PC models that Asus is pushing out these days, maybe the Taiwanese company ought to pay attention and include this in a future Eee? 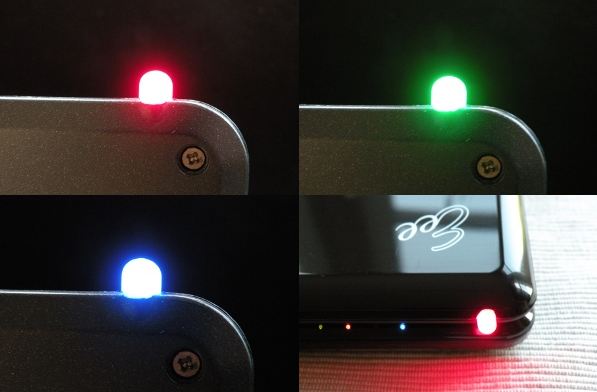